Founder and chairman of the Board of directors of Investor 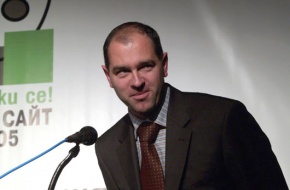 Lyubomir Lekov is a founder and chairman of the Board of directors of the internet media company Investor.BG AD.

Prior to Investor, Lekov had worked as a Head of the department “Capital markets” at  “Yunionbank” АД (1997-2001). He had also worked as a Portfolio Manager (1994-1996) and an Executive Director (1996-1997) at the Bulgarian Investment Company (an affiliate of the international investment company Interpharos, Luxembourg).

Lyubomir Lekov has a Masters degree in Computer science from the Technical University of Sofia (1995). He has the legal capacity as a “Stock broker”, due to a certificate, issued by the Shares and stock exchange regulatory commission (1998). He had finished a course as a “Stock exchange broker” at the University of Delawаre Bulgaria, Sofia, (1998) and a course for “Financial analysts” (2000) at the United States Agency for International Development (USAID) - Sofia.