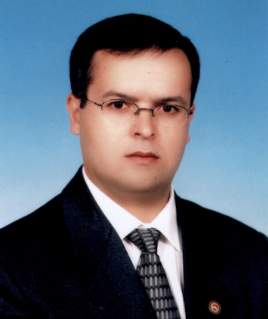 Webit Speaker, Vice president of IT department of Ministry of Justice Turkey

I was born in 1970 in Turkey. After finishing Computer Programming High School in Dokuzeylül University, I was graduated from Law Faculty in 1996. Afterwards, I have completed my Master Degree program in Public Law and I am currently a PhD student in Selçuk University of Turkey. I am also software programme developer.
I was appointed as a trainee judge in 1997.  Having performed as a Criminal Judge in 1999, I was assigned as a rapporteur judge to the Department of Information Technologies of the Ministry of Justice because of my qualifications and interest in ICT. In 2005, I was promoted to vice president of ICT Department. I have been in charge of software and system management of UYAP as a project manager.
I am really interested in electronic signature and also I have written a book about electronic signature which is published in 2005. Some of my articles have been published in Notary Journal which is related to IT Law. I was also selected as one of the members of workshop commission of Parliament for the preparation of draft regarding to Electronic Signature Act in 2003.
Between the period of 2008 and 2009 I have been sent to UK to have English training course and in this period I have found opportunity to examine British IT Systems in Judiciary. In addition, during my career I have attended many seminars and conferences to give presentation about Turkish e-justice system called UYAP. I also give some courses to master students in Turkish Middle East Public Institution about the legal and technical aspect of electronic signature. Besides, I have also given courses to trainee judges in the field of IT Law in Justice Academy of Turkey.
I am married with two children and live in Ankara permanently, the capital city of Turkey.