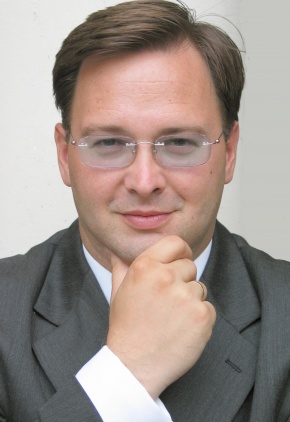 Christian Rupp was appointed as the Federal Executive Secretary for the eGovernment initiative of the Austrian Government in spring 2003 and is since autumn 2005 the spokesperson of the federal platform „Digital Austria“ in the Federal Chancellery, which coordinates the ICT and eGovernment activities between local and national governments, municipalities as well as industries. He is also member of the advisory board for information society in the Federal Chancellery, which coordinates the i2010 activities in Austria, as well as in the advisory board of saferinternet.at, the strategic consulting group ICT in the Federal Ministry of Economics and Labour, and the eVoting advisory council of the Federal Minister of Science and Research.

Before his activities in the Austrian Federal Chancellery he was nearly ten years long the eBusiness representative of the Austrian Federal Economic Chamber. Beyond that he was vice-director communication and marketing, director of the eCenter, adviser for international technology- and know-how-transfer in the Federal Chamber Organisation.

In the last fifteen years Christian Rupp was involved in various committees of the EU-Commission, among others in the i2010 high level group, eEurope steering committee, management committee for pan European government services, eSkills working group, as well as evaluator and external supervisor for eEurope initiatives and the IST program. He was also the organizer of the “eInclusion EU Ministerial Conference & Expo 2008”.

He is a well known expert in consulting different government bodies and public institutions around the world in the field of Information and Communication Technologies (ICT) and is working in this field also for the United Nations (e.g. Global Alliance for ICT and Development), World Bank or European Commission (e.g. Technical Assistance and Information Exchange Group)

Beyond that Christian Rupp functions for many years now as a jury and board member for the United Nations World Summit on Information Society Award in eContent and Creativity, and Vice President of the International Council for Information Technology in Government Administration. He is also the chair of the Austrian Federal Prix for Multimedia and eBusiness as well as the Austrian Federal Prix for ICT and consulting.

As an expert he is author of more than twenty books and key note speaker at numerous national and international conferences as well as universities.

“eGovernment – it’s a journey not a destination”