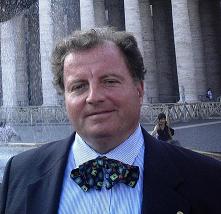 Alfredo M. Ronchi is the General Secretary of the European Commission-MEDICI Framework, Secretary of the European Working Group on “EU Directives and Cultural Heritage” and head of the representative of OCCAM NGO at UNO International Centre in Vienna. He is appointed by ICNM as a member of Executive Board of Directors of the World Summit Award, member WSA Grand Jury and President of eContentAwardItaly. He is member of the Europrix Top Talent Award Executive Board of Directors, Chair of panels “On culture in a world wide information society” WWW Conferences 2001-2004, Co-Chair of Infopoverty Conferences 2001-09 Founding Chair of the panel “Business opportunities from cultural heritage” CeBIT 98-08 Hannover (D). He was and still is coordinator / manager of several different international projects. He had active roles in events promoted by The World Bank, Council of Europe, European Commission, IEEE. Alfredo M. Ronchi is appointed as an expert c/o , the Norvegian Government, the European Commission, the Council of Europe, the Italian Association of Banks (ABI), National Research Council (CNR) and member of the Scientific Committee c/o Infopoverty, Fondazione Italiana Nuove Comunicazioni, Global Forum – Shaping the Future, Sacred World Foundation. He is actually member of the Italian delegation for cultural heritage in the Italy China cooperation framework (2005-2009).
Mr. Ronchi, author of more than one hundred papers and ten books, is a professor at Politecnico di Milano (Engineering Faculty).