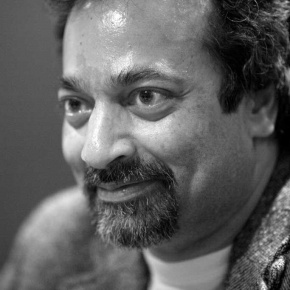 Originally an economist and financial journalist, he has spent the last 33 years working in information technology, primarily in the financial sector.

Prior to joining salesforce.com he served as Chief Scientist at BT plc (2006-10); before that he was global CIO at Dresdner Kleinwort Wasserstein, where he worked from 1997 to 2006. Prior to that, he worked at a number of leading multinational organisations, in the technology space.

JP is also a venture partner with Anthemis Group; he is on the advisory board of Byte Night, a charity helping youth homeless, and serves on the management board of his local church, Kings Church International.

JP is a popular keynote speaker at conferences, specialising in the future of work, disruptive technologies and innovation, particularly with reference to the enterprise. His blog, confusedofcalcutta.com, is particularly popular with enterprise technologists; he tweets as@jobsworth, and has a steady following there.

His TED talk "Information is food" has been viewed over 400,000 times. He also contributed a chapter to the 10th Anniversary edition of the best-selling Cluetrain Manifesto, and to a number of other books on technology, work and gaming. He is passionate about his family, 60s and early 70s music, books, cooking, education, and information.