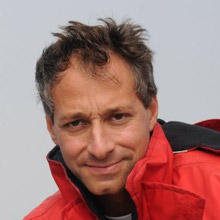 Peter Stern became Bitly’s first full-time CEO at a time when many felt that Twitter, Facebook, or Qaddafi would make bitly irrelevant. Instead, while Peter was CEO, bitly's traffic more than doubled. He raised $15M in funding, tripled the size of the team, increased revenue by almost 10x, and left bitly with a plan that offered profitability within a few months.

Before that,  Peter Stern created Zenbe to provide innovative collaboration and messaging products for businesses and individuals. Zenbe Mail, Shareflow, and Lists for the iPhone received praise and recognition, improving the lives of almost a million users, and was acquired by Facebook.

In 1996, Peter co-founded Datek Online, which quickly grew to become the 4th largest online brokerage firm, successfully competing against companies that had 10+ year and $10+ billion head-starts. Datek Online's success was due to savvy technological and business innovation, such as being the first to provide millions of customer with free real-time streaming quotes, decimal pricing, after hours trading, all on top of the best retail trading platform ever created. Datek Online merged with Ameritrade in 2002 to form the second largest online brokerage firm.

Before that, Peter spent 6 years in military R&D, working on many interesting projects involving lasers, helicopters, sophisticated electro-optic sensors, and that kind of stuff. In his off hours, he worked on some startups that you never heard of.

Peter has a double degree in Electrical Engineering and Public Policy from Carnegie Mellon. He recently helped to launch CMU's Open Field Entrepreneurs Fund to foster tech startups at his alma mater. He is actively involved in small NGOs that support entrepreneurship and small businesses throughout the developing world.