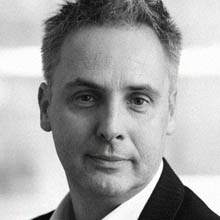 Based in VEVO's London office, Jones oversees VEVO's global strategy and is responsible for its International operations, which include the UK, Australia, Brazil, France, Ireland, Italy, Poland, The Netherlands, New Zealand and Spain.

Jones has led the digital businesses for some of the world’s largest media companies. Prior to joining VEVO in 2011, Jones was Chief Digital Officer at Starcom MediaVest EMEA, helping build the agency’s regional digital capability. While at Starcom, he was instrumental in the agency’s biggest wins of 2010: securing the GSK and Honda accounts for pan Europe.

Jones moved to London from Australia in 2009, where he pioneered the country’s digital sector from its infancy in 1996. As Managing Director, Digital at Starcom MediaVest Australia, Jones launched and built SMG Search - the first in house media agency search business in Australia. From 2003-2007, Jones was CEO of News Corp.’s digital business Down Under. Jones was CEO of Yahoo! Australia & New Zealand from 2000-2003. He was previously MSN’s founding Sales Director.

An active figure in the Australian media industry as Digital Chairman of the Media Federation of Australia, Jones was instrumental in setting up the world’s first hybrid audience measurement system that fused tagged and panel data into a resource supported by all major digital publishers.

Jones was on the AFA Education Committee and elected to the Internet Industry Association (IIA) Board in 2003 and 2006.