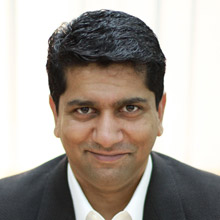 Monis Rahman is the Chairman and CEO of Naseeb Networks, a leading provider of recruitment, social networking, classifieds and related services in Pakistan. He was #6 in Forbes Magazine list of "Ten Big Hitting Asian Businessmen under 50".  Under his leadership, Naseeb Networks is Pakistan's 8th fastest growing private company according to the Harvard University Professor Michael Porter's AllWorld Pakistan Fast Growth 25 rankings, clocking in at 8,500% growth since 2007.

Monis launched ROZEE.PK in 2006 which is today Pakistan's most powerful recruiting platform. With over 50,000 employers and 10 Million professionals using the job portal, the company exceeds a 64% placement rate amongst its over 100 daily job postings.  ROZEE.PK was visited by half of Pakistan's Internet population in 2012 and has experienced 18 consecutive quarters of growth. The site has won the coveted Brand of the Year Award for the past two years from the Prime Minister of Pakistan.  Naseeb Networks is backed by leading Silicon Valley venture capital funds Draper Fisher Jurvetson, ePlanet Capital and angel investors including Reid Hoffman, Mark Pincus, Arif Naqvi, Fadi Ghandour and Ken Morse.

Monis completed his undergraduate degree in Electrical and Computer Engineering from the University of Wisconsin at Madison and did graduate coursework at Stanford University.  He has been featured by numerous magazines and newspapers including Forbes, The New York Times, CNN, InfoWorld, Red Herring, Infoweek, The Chicago Tribune and CIO Pakistan.

He currently sits on the Board of Governors of TIE Lahore, the Lahore chapter of The Indus Entrepreneurs (TiE), where he also served as past President.  He is on the Advisory Board of Acumen Fund and Board of Directors of Kashf Microfinance Bank.  He has also served on the Central Executive Committee of the Pakistan Software Houses Association (P@SHA). He is the recipient of International Data Group CIO Pakistan Pioneer in Innovation 2008 award.  He won the Pakistan Power 100 Excellence Award in 2012, an initiative promoting the 100 most powerful and influential Pakistani men and women globally. Monis is a TEDx speaker and frequently invited to talk on entrepreneurship and Internet marketing at some of the world's top business schools and conferences.