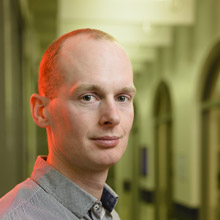 Webit Speaker, Co-founder of Mars One

Bas Lansdorp (1977) has never been one to let bold ventures intimidate him. A born entrepreneur, he sees potential and opportunity when others shy away. He utilizes an articulate vision and genuine enthusiasm coupled with infectious powers of persuasion to get his point across. These attributes are useful in his company, Mars One, that will send humans to Mars in 2023.

Organizing a manned mission to Mars has been Bas’ dream for many years. Before starting Mars One, he was the co-founder of Ampyx Power. Despite the success of Ampyx Power, he decided to leave when someone gave him the idea that merged all the pieces of the Mars dream together: a mission to Mars can be financed by involving the whole world in the mission.

Bas received his Master of Science in mechanical engineering from Twente University in 2003. He worked on a PhD at Delft University of Technology for five years until he jumped at the opportunity to start his first company Ampyx Power. Since March 2011, Bas is working full time on getting humanity to Mars.